A Ukrainian Nurse who came to England nearly 20 years ago has described the torment he has been going through since Russian forces invaded his country.

Yuriy Bukovych, a Lead Nurse at Royal Star & Garter in Solihull, has parents, family and friends in the war-torn country, with many fighting on the front line. 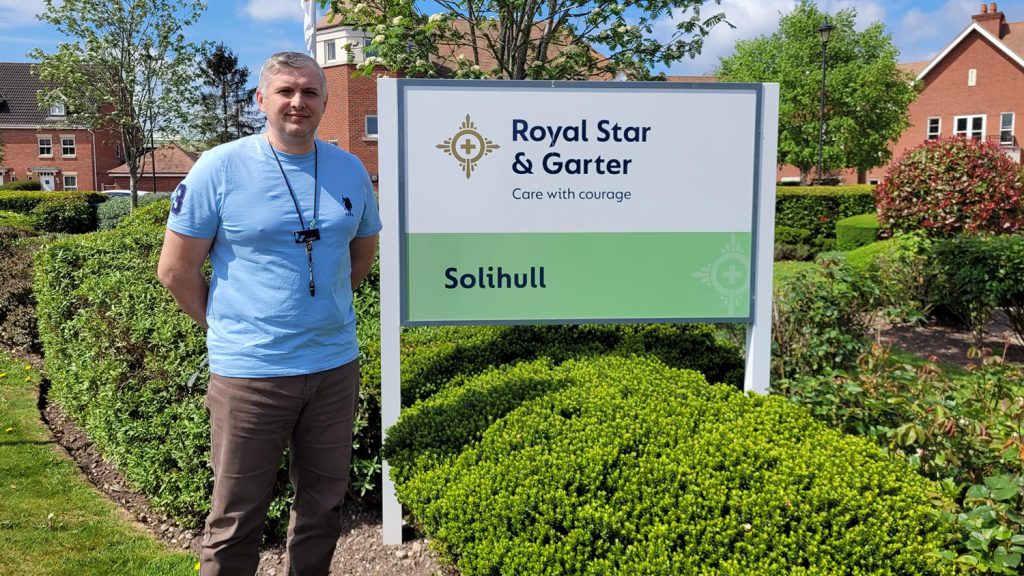 The 46-year-old was a medic in the Ukrainian Army before coming to the UK to work in healthcare in 2003, and believes he would be fighting on the front line if he were still in his homeland.

Yuriy has been with Royal Star & Garter, a charity which provides loving, compassionate care to veterans and their partners living with disability or dementia, since 2011. He said the past few months had allowed him to understand what many residents in the Home would have experienced during WWII. He went on to praise them for the empathy, support and care they have shown him since the conflict started on 24 February. 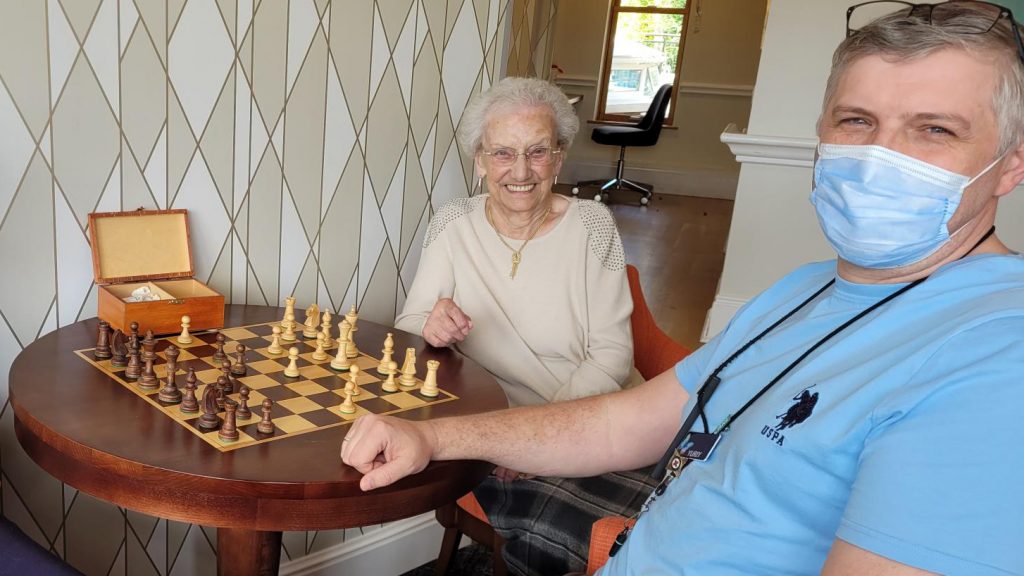 The dad-of-two lives in Solihull. “It’s very difficult to digest what’s been going on. My parents live in Khust, which is in the western part, and is currently considered one of the safer parts of Ukraine. But there’s no safe place in Ukraine as such, and my parents have to go into bomb shelters several times a day,” he said.

“I worry a lot about them – I don’t know if they’ll continue receiving their pension, if I will have to support them, if the city can cope with the hundreds of thousands of refugees it has. I worry about food supplies.”

Being a former Army medic, Yuriy knows many people who are now actively fighting Russian forces: “A lot of my friends are on the front line. One of them is highly ranked in the Army and I’m keeping in touch with him.”

Yuriy said he was unaware of the invasion until he received an email from Royal Star & Garter’s Director of People, Kate Silver. He said: “I woke up that morning not knowing what was happening. I saw on my phone that I had an email from Kate saying she was horrified with what she was seeing on TV, asking if I was OK, and saying that the charity was there for me should I need anything. I put the TV on and watched in disbelief. I felt numb.

“In the first two weeks I just couldn’t believe what I was seeing – it was so vicious and unprecedented. I would never have imagined that this was possible in the modern world, in modern Europe. It’s difficult to explain how I felt. We share so much culture, history, language with Russia, and yet they can be capable of such evil to a neighbour. I’m still shocked and speechless.”

He has continued coming to work at Royal Star & Garter, saying it keeps his mind occupied and fully engaged. Several residents at the Home are WWII veterans, while many more lived through, and have memories of, the fight against Nazi Germany. Yuriy believes he now shares a new bond with them: “They have been watching this unfold on TV, saying how horrified they are and asking me if there’s anything they can do. It made me more aware about what residents had to go through during WWII. Before I could only imagine, but now it’s so real to me and I understand what they experienced. It brought back a lot of memories for a lot of people here. I had a 100-year-old holding my hand and asking if I was OK. It made me realise how special this place is, and how special the residents are.”

This was further demonstrated when the charity, staff and residents helped raise over £900 for The British Red Cross’s Ukraine Crisis Appeal, through a raffle, tabletop sale and cake sale at the Solihull Home. “The support I’ve had from the very first hours of the very first day of this war from Royal Star & Garter has been mindboggling. It’s proof that everyone really cares and I’m very grateful for that,” said Yuriy.

Jamie Stubbs, Home Manager at Royal Star & Garter in Solihull, said: “It’s hard to imagine what Yuriy has been going through since the Russian invasion of Ukraine, but he has continued to come to work and deliver care with courage to our veterans. Staff and residents pride themselves on being part of the Royal Star & Garter family, and I’m delighted we are able to support him, and raise much-needed money for the Ukrainian relief effort.”

Local Care Home Company Fundraises More Than £2,000 for Those Affected by the War in Ukraine.

Every penny we make or save is reinvested into improving the lives of the people who live and work with us. As members of the @NCFCareForum, we’re proud to share their new badge for not-for-profit ... organisations like us. #ForPeopleNotProfit https://www.anchor.org.uk/