Caring in COVID: A passion for music and love of care at Fletcher House

Two years ago a man walked into Fletcher House dressed all in black, with long hair in a ponytail, a hat down low over his eyes and a beaten up guitar, looking like a mixture of Clint Eastwood and Johnny Cash.

His name is Spencer Cox, and he is Fletcher House’s Activities Coordinator. A self-taught guitarist, songwriter and performer, this talented individual has a magical ability to spread love to all the residents and staff, through music. Previously he toured the United States, which took him from Ohio to Nashville, Memphis and Arizona.

Spencer combined his passion for music with his love of care after attending a Rock against Dementia concert in Ohio in 2018. It was here that he discovered the wonderful effect music has on people living with dementia, and it has guided his practice ever since.

Spencer’s ability to help residents emerge from great stillness to become ‘present’, and to recover words long thought to be forgotten through music, is awe-inspiring. It’s a conversation of a special kind, which enables those living with dementia to immerse themselves into a group experience and, most importantly, feel happy again. Feet start taping, hands keep time, and people can’t help but break a smile. It isn’t long before everyone is singing along, bringing such joy. Spencer and his music helps residents become themselves again and temporarily stops dementia from winning somehow.

During Covid-19, Spencer’s love of music is more evident than ever – he is forever singing in the corridors, the lift or in between tasks, through his PPE. Determined to keep spirits high he has adapted to new ways of performing and engaging with residents. This includes ‘corridor concerts’ where he performs in the hallways, so residents can listen from the comfort of their own room, with their door open. He is often dashing around setting up residents with their favourite music to listen to. He’s also facilitated Skype calls for shielding residents with their loved ones.

In one particular call between a resident living with dementia and his daughter, Spencer realised the resident was singing ‘Unforgettable’ under his breath. Spencer encouraged the resident, which resulted in him crooning to his daughter – something she hadn’t experienced in years. Understandably very concerned about her father’s well-being during lockdown, she dissolved into tears of happiness, confident that her father was keeping well and in the best hands.

In Spencer’s own words, he says:

“Music is a world that knows no boundaries of class, creed or age. Music gives people a connection without having to know another language and most importantly it ignites memories from your own personal journey as if it was yesterday. Music is medicine. Music is my world which I love to share.”

Like all of us, Spencer’s dream is for this Covid-19 experience to reach a speedy end and for ‘normal’ service to resume. In the meantime he wants all the residents to enjoy music of their choice whether it is in their rooms or corridors. 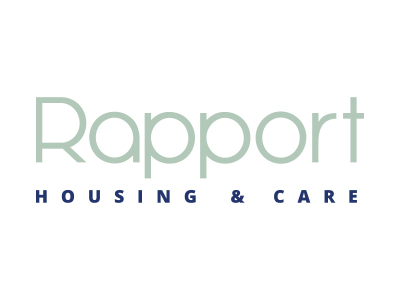